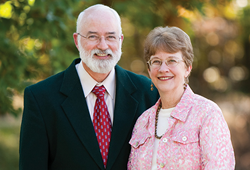 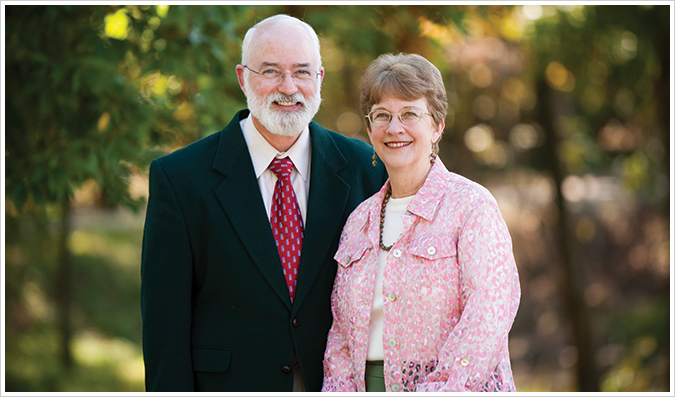 Sheryl Cross Farquhar '72 grew up hoping to go to Covenant. She grew up Presbyterian, and felt Covenant would be the right extension of her upbringing. At the time, though, Covenant was not accredited, and Sheryl's mother was against the idea. It was Sheryl's father who won the debate, saying that if no one went to Covenant, the school would never get accredited. Sheryl enrolled.

Having always attended public school, and although her father faithfully taught her the gospel, she felt a lack of integration between her education and her faith. That separation came to an end at Covenant, and she found her faith sharpened, and her mind challenged. "It was the first time I really had to study," she says. "I'd always kind of gotten by." By the time she graduated, she had married George Farquhar '72, and together they were determined to perpetuate Covenant's integrated, Reformed philosophy of education. "When I came out of Covenant," says Sheryl, "before we even had children, I said: 'when I have children, no matter what, they're going to get a Christian education, even if I have to scrub floors.'"

George grew up Methodist. He met Sheryl in high school through Youth for Christ. By that time he had already been accepted to Penn State and was struggling with the idea of serving Christ outside traditional ministry. "I remember sitting in my dorm room in Pennsylvania thinking, 'how am I going to serve if I don't know anything?'" He transferred to Covenant for his sophomore year, majoring in biology. After only one year, though, military obligations took him away from Covenant. He married Sheryl while on active duty and then, after two years of military service, returned to finish his time at Covenant.

In his career as a nurse anesthetist, George sees the influence of Covenant's teaching of a Reformed worldview. Rather than seeing his earthly work as separate from his kingdom work, he views his career as ministry. "It's a point of contact with people who are facing, in many cases, life-changing events," he says, "and it's an opportunity to minister with them and pray with them. I don't get to do that often, but I do it when I'm allowed to. And I have to attribute it to Covenant that teaches you that no matter what you do, it can be ministry."

Sheryl dedicated herself to the upbringing and education of their children, which included some homeschooling. "We are stewards, not only of our resources, our money and our time, but also our kids," says George. "They are a gift and we are to do everything that we can to prepare them to be citizens in the kingdom, and workers of the kingdom." George and Sheryl feel that their children are the message they send to a time they will never see. "That's why Covenant is important to us, to our denomination and to our country."

As the decades have passed, the Farquhars have stayed involved with their alma mater. "We never really stopped our involvement here," says George. Even when they lived in South Carolina, they went to great lengths to secure tickets to Covenant's annual Madrigal Dinners, taking their children and church friends along to experience the community and festivities of the College. The three Farquhar children grew up knowing Covenant, and felt the influence of Reformed, integrated thinking and living. The Farquhars are clear that their children were free to choose their own path, but George notes that "as the years rolled on, the things that were important to us became important to them. When they came of age to start choosing a college, the things that were important to them were also the things that Covenant was going to help them with."

All three Farquhar children graduated from Covenant, and two of them married fellow alumni. Sheryl recalls that affording Covenant took sacrifice and hard work, but that she is always thankful that her children chose her alma mater. "What the College taught us it continues to teach our children," she says. "It still is unique and it still is dedicated to a high academic calling, but most of all it is dedicated to following Jesus and teaching that in all things Christ is preeminent."

George currently serves as an advisor to Covenant's board of trustees, and as the College transitions from one president to another, the Farquhars rejoice in the College's unchanging mission. "I'm not saying everything has to be the same," says George, "but the foundation of Christ does not change and it cannot change if Covenant is going to maintain its vision and its goal. That's why we give."